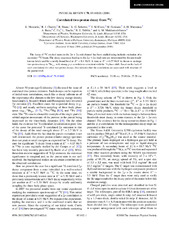 The decay of (10)C excited states to the 2p + 2 alpha exit channel has been studied using inelastic excitation of a secondary (10)C beam. The decay sequences leading to the 2p + 2 alpha final state are determined for the previously known levels and for a newly found level at E* = 8.4 MeV. A state at E* = 6.57 MeV is shown to undergo two-proton decay to (8)Be(g.s.) with strong p-p correlations consistent with the (1)S phase shift. Based on the lack of such correlations for other two-proton decays, this indicates that the correlations are associated with structure of the parent level.